Th9 War Base is a design for the layout of the famous game Clash of Clans which help you out to figure out the layout design of your base. With this feature, you will able to choose which layout that you think will lead you in winning the battles. Not only that, an ideal layout will also protect you village from getting damaged by the attackers.

Even though those layout designs would not reward any 2 stars, but at least, by protecting your village, you would not lose any star. Yes, as a fan of Clash of Clans, you must have noticed that having a perfect layout will impact on the attack's result.

Th9 is really a gift for you to use in the game since there are numbers of variations along with diverse soldiers available for you to use once you have upgraded your troops up to 3 star of your enemy. Lavaloon, Hogs, Witches, and Valks, all of them are visisble for a 3 base dependant.

So, here are some th9 War Base layout for you to check out! One more thing you should note is, all of these th9 war base anti 3 stars have the capability to withstand the Valhyrie and Lava loons. 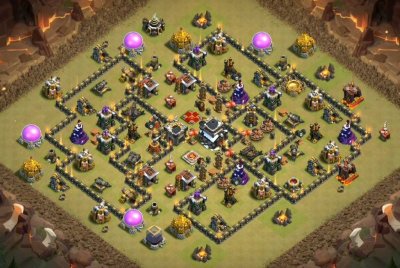 If you have been searching out for your dram base, then you definitely should check this layout! This layout is built smartly with well-organized design which able you to defend from any type of attacking strategies from your enemy.

The coolest thing you can see from this layout is from the walls which are really placed in ideal spots. This will help you out from getting attacked by different troop combos! 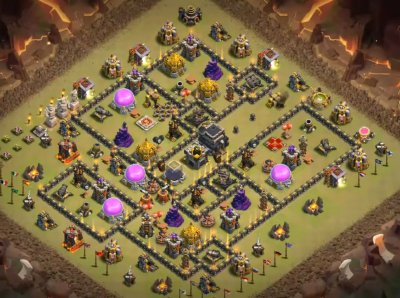 One essential tip for you, more intersections for the walls will make your layout better. So, here is another base design which also built smartly. The focus of this layout design is to save every single star that you have! However, the enemy will still get to steal at least 1 star if you are using this base layout. But no need to worry, since this layout guarantees for you to save 2-3 stars. 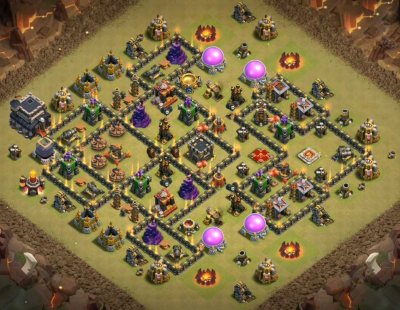 Now you can see how the double layers of the walls on the town hall' side built on this base. All of the layers of walls along with the traps and well-arranged defence portion will definitely support you in winning the battle. So, what are you waiting for? Start the battle and let this awesome layout design to lead the victory to your hand! 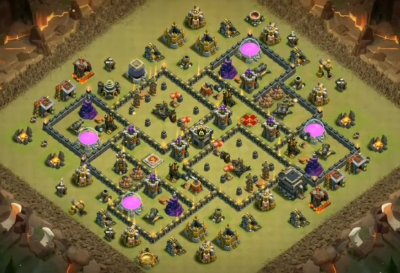 Well, we can give the title the best layout for this design! Not only this layout is well-organized, but also due to the layout has congested defense. As you can see how the village will able to give proper defense from any attacking strategies which come from your enemy. Even though it could be a complex task for you in luring your troops out of the castle, but it will provide you more protection and benefits while you are battling with your enemy with using this layout. 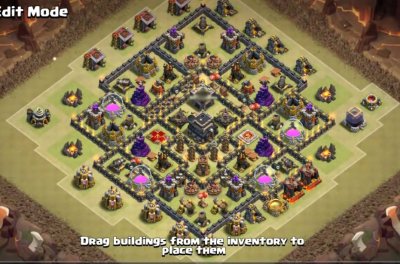 Okay, here is another base layout that will be ideal to defend from valkyries attacks, drag attacks, and also gowipe attacks. The highly secured air-defenses are euipped and located all over the layout, which make it hard and even impossible for the drags to steal out 3 stars from you if you are usig this layout!

X-Bow is basically a vast-firing turret which will be able to be unlocked at Town Hall 9. You need to load this X-Bow first before you could use it in the game, and the good thing is it is free to download it! Once you have dowbloaded it, the X-Bow will be automatically placed at the time you log into the game.

A weakness from the X-Bow is that if it would create some shots without reloaded, then the ammunition will be run out, and the X-Bow will not able to make any more fire to shots.

So here it was the best guide to Th9 War base in clash of clans Latest Updated!