It’s been more than 4 years for clash Royale now and there are many users who are playing this game from the start and always waiting for something new. Recently clash Royale introduced clan wars. Which got popularity and grown well. Clan wars two is most awaited update in clash Royale. Now update is here so let’s talk about clan wars two update.

The main thing is in river task to earn fame. There are multiple river tasks which you clan has to complete. So far, we have information about Boat Battles and Scrapyard. We will update when more information we will get about others. 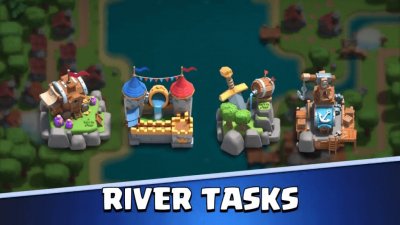 This is the new game mode with clan wars 2 in boat battles you can attack on other clans boat directly and outreach them in the race.  You have to be defensive a as well because other clan boat can also attack you so setup a defenses boat.  Clan members can setup boat defenses depending on clan league. Boat defenses will defend a clan boat. Once your all defenses used further attack on your boat can damage your boat than you have to repair your boat with boatyard. 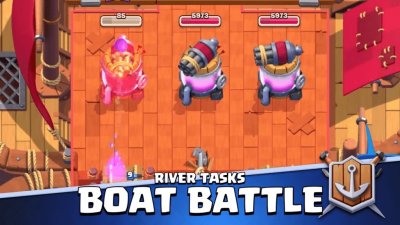 Boatyard is uses for damage boats by clans. Clans can repair their boats by completing tasks. Boatyard is the only river task from where you can get free repair rewards. After repairing your clan boat you are able to earn fame. 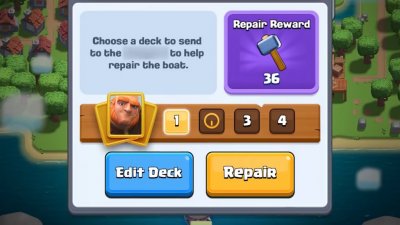 If a clan recently used boatyard and repaired their boat so it will be protected from boat shield any clan can’t damage your boat by attacking on your boat until boat shield expires.

Fame is most important thing for clan by more earning fame you are able to progress in a river race and compete your enemy clans.

War decks are uses for to complete tasks by players. War Decks work like other battle Decks, but not the same way there is a twist. For creating war decks player must have card collection unique card collection can make more war decks you can only create on war decks by using one card in clans war 2.

Trader can visit in clan wars you require trade tokens to trade with him. He will offer the chance with you to exchange the cards. If you don’t have trade tokens you can’t trade with trader. 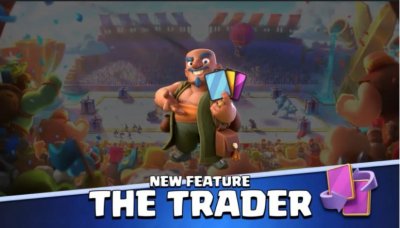 Just like other clan season in clan wars 2 season river divided into several sections which separate war gate. The higher rank clan reaches this war gate, the more rewards its member will get.

At the end clan boats will reach the clan war colosseum. On this point clan war league take place.