Clash Of Clans: How to use Giant Skeleton

Clash of Clans Giant Skeleton event just started today so I decided to write a guide on how to use a giant skeleton. You can also study about Clash of Clans Town Hall 13 from here. You can use a giant skeleton as an alternative of golems or giants. It is really strong it has a lot of hp and reasonable damage. They cause a great deal of damage when they are killed. Just pair it up with some wizards and valks to 3 star your enemy. 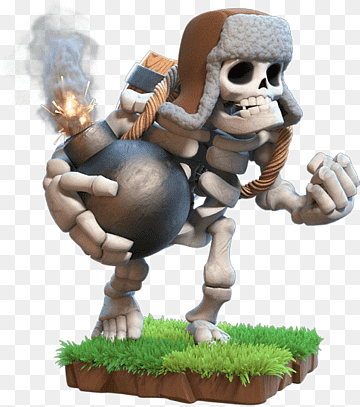 Deploy your giant skeletons on one side of the base. Deploy a line of wizards behind them. Deploy wall breakers to make way. Send in your Valks or Pekkas. Use spells in the core. Boom! You got 3 stars. That was a quite simple guide. Enjoy the event and keep visiting. Clash On!

When all protections are devastated, Giant Skeletons become like some other troop with no favored objective; they will assault the closest structure to them paying little mind to type, and will turn and assault foe units on the off chance that they become mindful of any close by.

You could have a limit of 14 Giant Skeletons all at once in a total arrangement of completely updated Army Camps. On the combat zone, you could clone an extra 3 Giant Skeletons with three level 2 or higher Clone Spells.

Like any remaining impermanent soldiers, the Giant Skeleton can't be given through a Clan.

Like any remaining impermanent soldiers and spells, the Giant Skeleton can't be updated in the Laboratory. All things being equal, they rely upon the player's Town Hall level.

The Giant Skeleton approaches harm as a Giant of a similar level and has 2.5 occasions the Giant's hitpoints.

Dissimilar to his Clash Royale Counterpart, he assaults just safeguards as opposed to everything.

In the image, he wears an earthy colored Russian cap. However, in the game, he wears a red one, looking like an adversary's Giant Skeleton troop in Clash Royale. A similar circumstance applies to the Ice Wizard and Skeleton Barrel.

The bringing forth solid and the assaulting sound of Giant Skeleton is equivalent to the Giant.