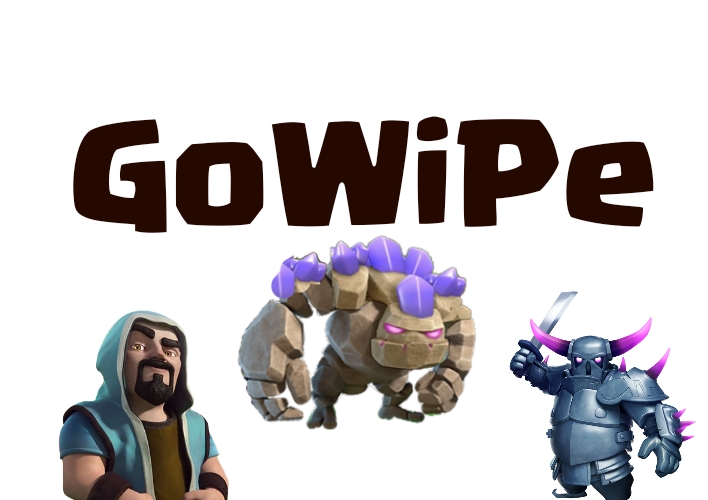 Hey Guys Chief AHK is back with the latest guide. Today I will help you to learn GoWiPe. GoWiPe is a strong attack strategy for TH8. By using GoWiPe, you can easily 3 star your fellow TH8s. I will try to give a short guide. Let's go to guide.

Deploy two Golems on one side of the base. There should be some distance between these Golems. Make sure all defenses attack these Golems. Deploy a line of Wizards behind golems to destroy outside building so that your Pekkas don't wander around. Deploy wall breakers to make way for pekkas to go to the core of the base. Deploy Barbarian King after pekkas.

Throw a heal spell to heal your golems, wizards, and pekkas when they are taking damage. You can also save heal spell for the end of the battle. Throw rage on your troops when they are in the core of base. Use remaining rage spell when first rage spell ends. Note: Using spells wisely can have a great impact on your battle.

That was a short and simple guide. I hope this guide will help you to 3 star your fellow TH8s. Clash On!