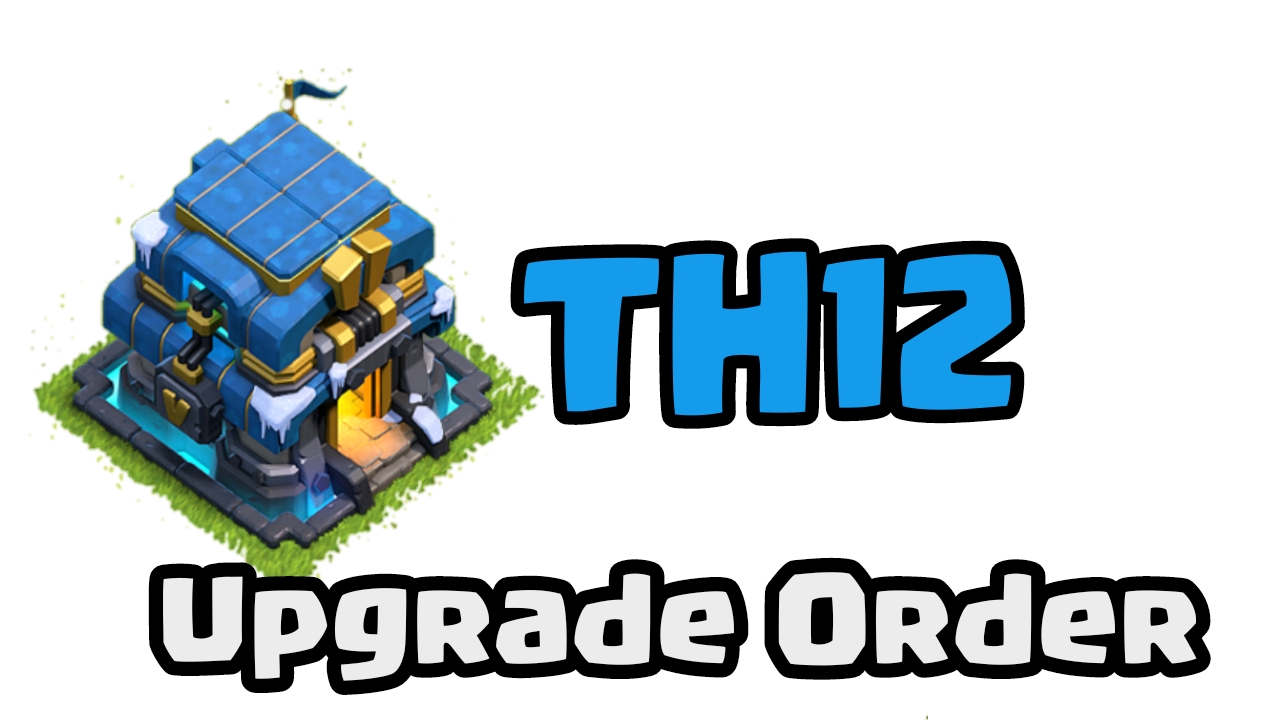 Hello, fellow clasher. Welcome to the very first TH12 upgrade order guide. Most of you might be wondering 'What is the best thing to upgrade first and? How should I advance my base?'.

Today I will be discussing the upgrade order for TH12 and I also want to mention that you need to be maxed TH11 to follow this guide because this guide only mentions TH12 upgrades including the new buildings and upgrading the existing TH11 buildings. Let's get straight into the guide.

Build the new traps and building

At TH12 you got one more new building and that is the all-inclusive 'Seige Workshop'. The workshop is probably the most important new feature for TH12 update but it is also the single most interesting game-changing building so I recommend you to do that on day one.

Laboratory unlocks tons of new updates for your troops, spells, and siege machines. A laboratory will always be a number one priority on every new town hall level.

Of course, you should unlock the new ice golem and bat spell as it will give you more attacking strategies. Bat spells are really handy in beating maxed TH12 bases and ice golems are also useful in some strategies.

Your heroes should be your top priority after upgrading storages. Level 60 Barbarian King and Archer Queen are worth upgrading. Upgrading Grand Warden is also necessary because it is key to winning attacks against strong bases.

New clan castle level will accommodate five more troops now you will be able to hold 40. That is a huge upgrade for getting stronger offensively.

Eagle gets an extra 50 DPS at level 3 and because of it's ridiculous range it is our first defensive priority.

At TH12 now town hall actually defends its self. There are five levels of TH12. The Giga Tesla has a good amount of DPS. The Giga Tesla upgrade is super beneficial in defending your base. At level 5 it does death damage which is really worth upgrading.

Inferno towers were always one of the strongest defenses. At level 6 inferno towers are getting a significant DPS boost so they are on our third priority.

Wizard is overall the best regular defense. It is a game-changing defense in Balloons, hogs, and miners attacks.

Archer towers are always good against any type of attacks. They have a good range and a good DPS.

Air defenses are the most important defense against air attacks. They have a huge amount of damage against air troops such as Lava Hounds, Dragons, and Balloons. So upgrade them to keep your skies clear.

They are good enough to defend against both air and ground attacks when set to ground.

They are obviously helpful in defending against any type of ground attacks.

Cannons deal a great amount of damage to ground troops.

Does a good amount of splash damage to ground troops. Mortars are important for defending against witch attacks.

Of course, they are an important defense. You might be thinking why they are too low at the priority list because they are just getting a small DPS boost which is 10.

Walls make your base look good and well upgraded. Walls are good for slowing down ground troops.

Gold Mine and Elixir Collectors

They are on second last because they don't generate enough resources just a little boost.

That's all for today. Hope you enjoyed the guide. Tell me if I missed something. Clash on!