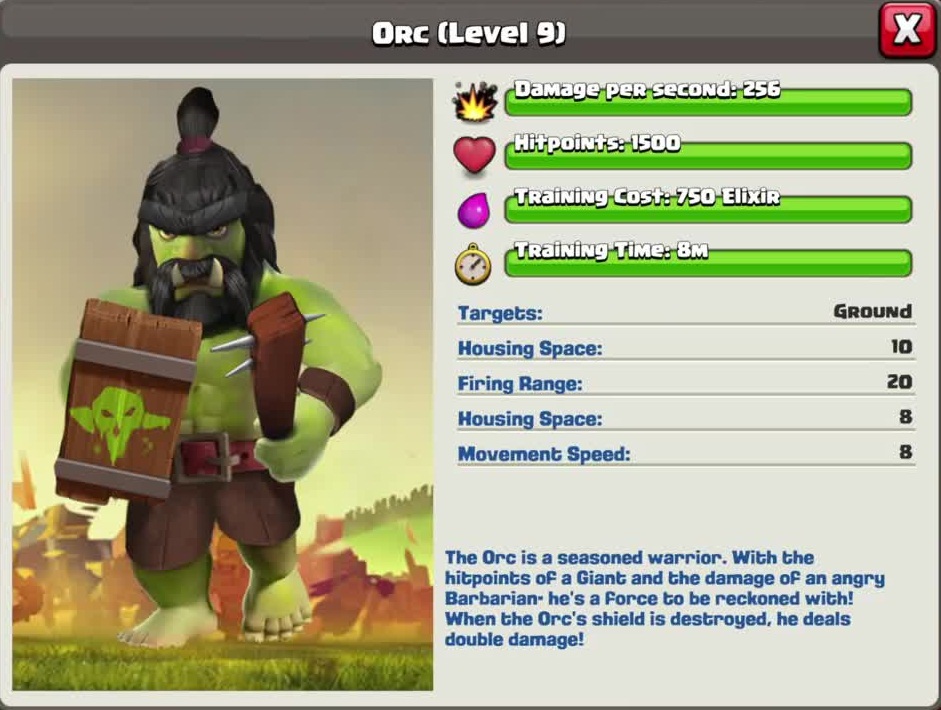 The idea is that it is a kind of tanky troop. It does a lot of damage and when he drops the shield he does even more damage. I would love to see something like this coming to THs lower than TH12, maybe a troop that everyone can use or at least put it for TH9. This will be something new that will change attack strategies. If this comes to the game it will add a variety of strategies. 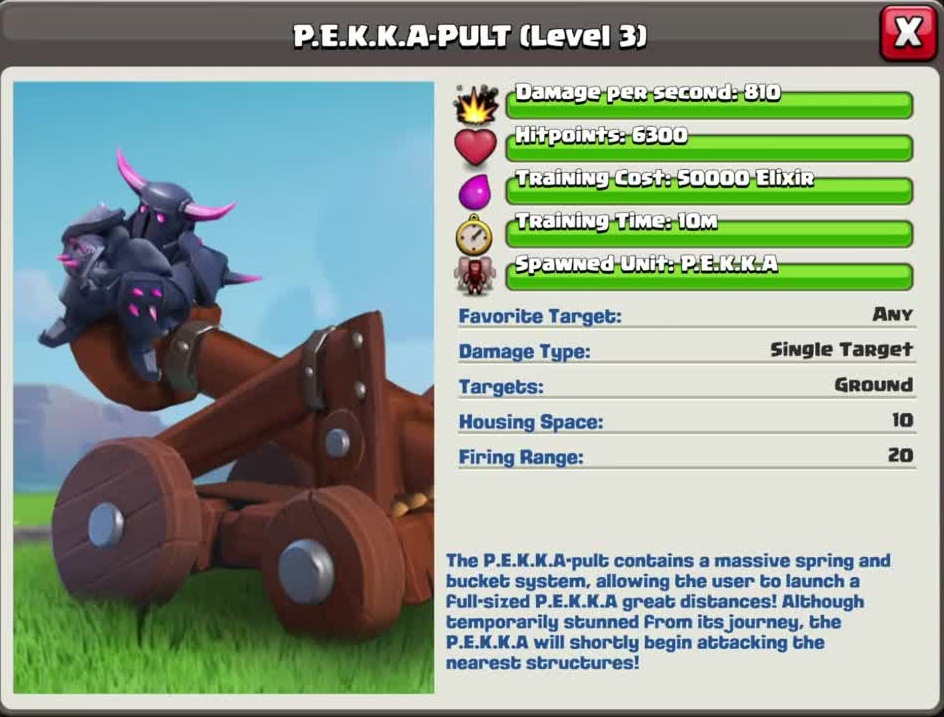 A P.E.K.K.A-Pult contains a massive spring and a bucket system allowing the user to launch a full-sized P.E.K.K.A great distance! Although temporarily stunned from its journey, the P.E.K.K.A will shortly begin attacking nearest structures.

It might be a new siege machine coming to Clash of Clans in 2019. It will throw a Pekka but it should have a limited range. It will obviously change the idea of the players when they offset their town halls. Imagine if a P.E.K.K.A is thrown to Eagle Artillery and takes it out I think it will be a great twist. I would surely like to see it in 2019. 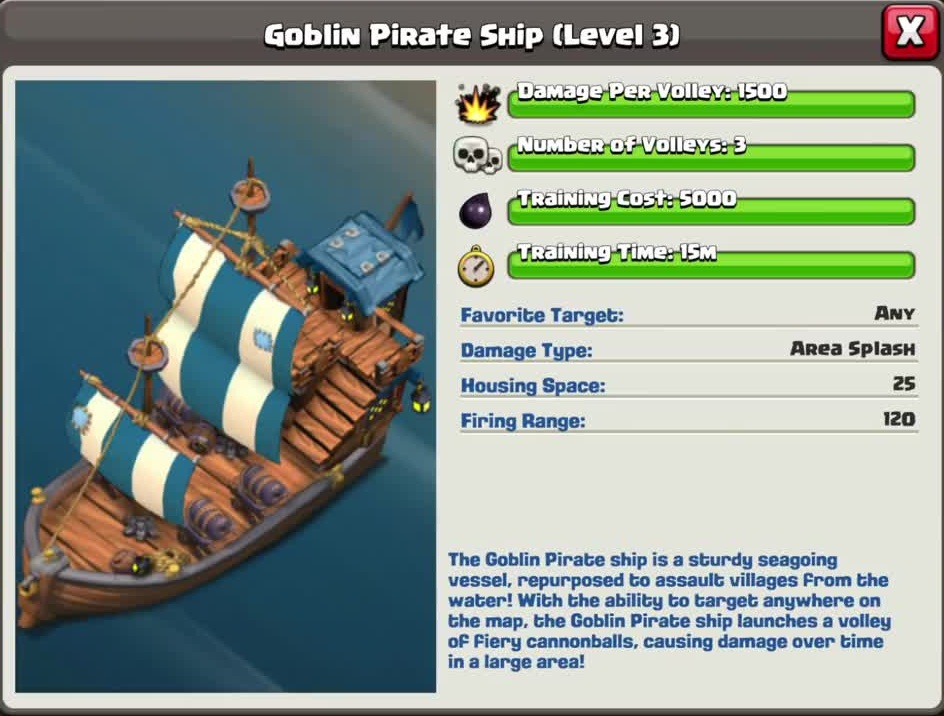 Yes, it's another siege machine and its name is Goblin Pirate Ship! That's right it is another ship out in the oceans of Clash of Clans. "The Goblin Pirate Ship is a sturdy seagoing vessel, repurposed to assault villages from the water! With the ability to target anywhere on the map, the Goblin Pirate Ship launches a volley of fiery cannonballs, causing damage over time in a large area!". It looks super clashy to me and it will be a great addition to the game. It might not be available in wars as there is no water near war bases.

That's all for today. Give your feedback on the above ideas in the comments.